One of the churches we have been attending is pastored by a widower, and early last year, the church encouraged him to seek a wife to support his ministry and to be a mother to his two young children.

With the support of the denomination’s Mt Hagen Bible College, Ps Parker met with a female graduating student, and the relationship progressed to a marriage proposal. Arrangements were made for payment of the bride price, and a February 2016 wedding.

Much of this may clash with our perceptions of the role of romance and courtship in the marriage preliminaries, but the lead up to the event was still full of obvious excitement on the part of Ps Parker, and the females in the congregation were delighted to host a wedding.

The youth of the church made up the contingent of attendants, and Ps Parker’s spiritual mother and father walked him down the aisle. The officiating Pastor spoke from Genesis 2, acknowledging that God created woman to be a helpmate to the man and applied this to the way in which He had brought these two together. 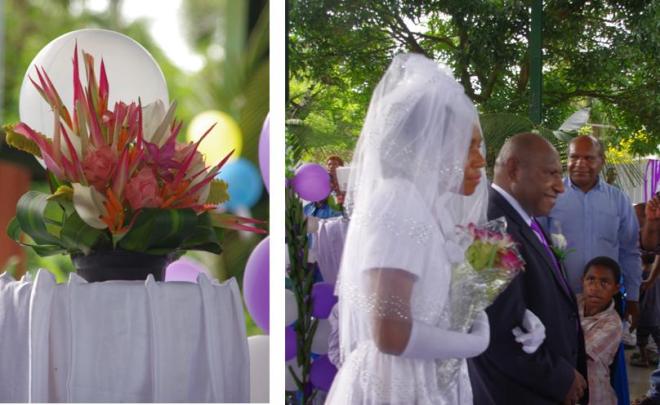 Pray for this family that they would honour the Lord in their life together and in their ministry.

keith - elspeth _ campbell @ wycliffe . org . au To email us please type the above email address without the spaces. Thank you. View all posts by Keith and Elspeth Campbell